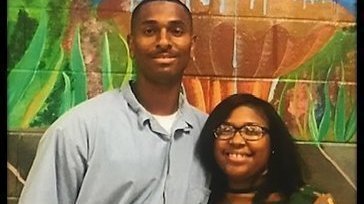 LeRico Kearney is serving a life without parole sentence, the harshest imaginable punishment available in America. LeRico is serving a life plus 3 years sentence in the Virginia Department of Corrections for a crime he DID NOT commit. Ever since his incarceration at the age of 18 years old, LeRico has maintained his innocence. Now, at age 40, he has a chance to regain his freedom if Governor Northam grants him clemency.

His conviction was based primarily on the self-serving testimony of 3 jailhouse informants, all receiving time reductions for their testimony. DNA, fingerprints, and firearm analysis of the evidence from the scene DID NOT connect LeRico to the crime. LeRico was sentenced to die in prison on the word of convicted men who all benefited from their testimony.

LeRico has served 23 years of his life sentence. He has a positive outlook on life. LeRico has missed out on so much, especially being involved as his children grow up. LeRico is an outstanding person who is far from perfect, he does not deserve to die in prison.

“Life to me is more about family, integrity, and making a difference.” – LeRico Kearney