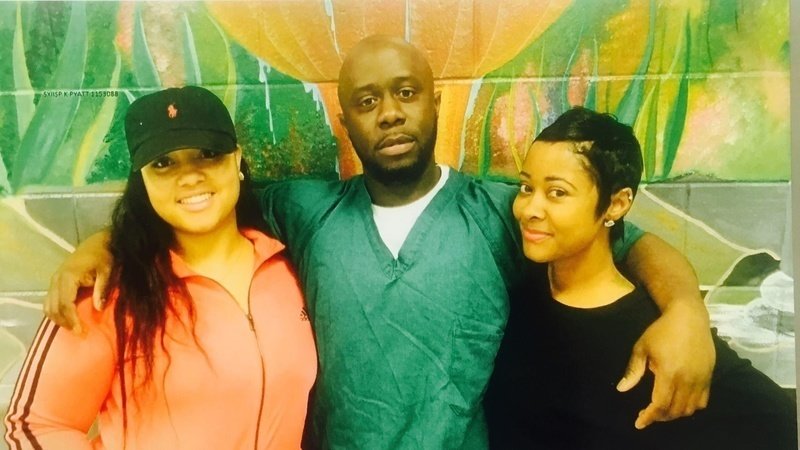 When Khali was just 19 years old, he made the biggest mistake of his life by accompanying friends to commit a crime. Though he did not commit the crime, he was an accomplice to the crimes and was found guilty of first-degree murder, armored robbery, burglary, and three firearm charges in the Circuit Court of Hampton, Virginia, and was sentenced in 2000 to 81 years in prison without the possibility of parole.

Khali makes no excuses for his teenage age actions and thinks about the young man’s life that was taken, his family, and the role he played in being present during the crime. Twenty-one years ago, he was a young boy caught up in a lifestyle that so many misguided youths fall into.

Khali has spent the last 21 years running away from the immature teenage boy he used to be and transformed his life into a mature, selfless, and respectful man.

Since his incarceration, Khali has obtained his GED, a trade-in custodial maintenance, computer literacy, and completed several educational programs such as Anger Management, Victim Impact, Cognitive Awareness, and Substance Abuse.

Khali also founded a nonprofit organization called Road to Justice, an organization that fights for freedom and justice for those who have no voice. The hope through creating this organization is to display the conviction behind our beliefs that everyone deserves an opportunity for second chances. In August 2021, Road the Justice helped raise funds for a book bag drive and joined efforts with the Do-Gooders of Hampton Roads, for a successful event at the Boys and Girls Club in Hampton, VA.

This year Khali published his first self-help guide for teens and young adults titled Misplaced Loyalty. He wrote this self-help guide in hopes to help youth to go down the right path and not make the same mistakes he did.

What we are doing

Fighting 4 Freedom has filed a conditional pardon application and we are awaiting a final decision from the Secretary of the Commonwealth and Governor Ralph Northam.